You will learn the history below the first picture! 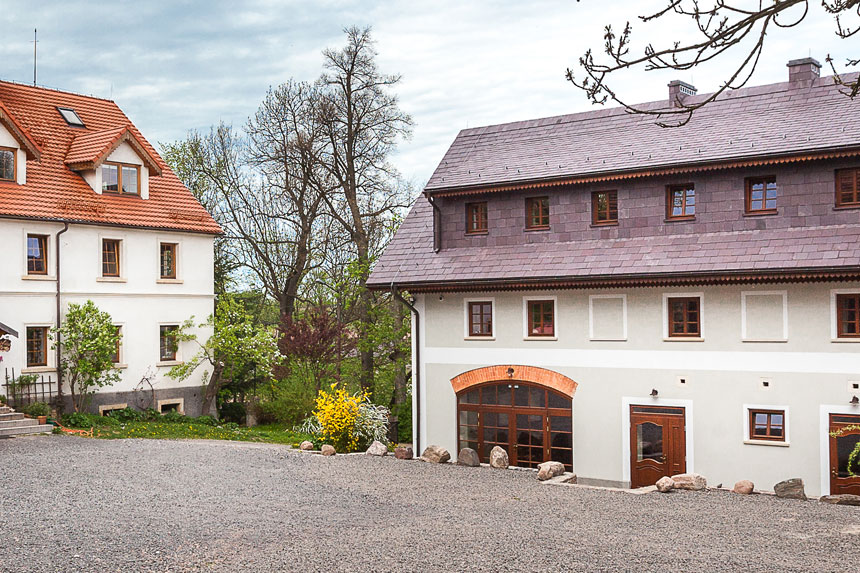 Before the Second World War, the Lower Silesia belonged to Germany. After the war, in 1946, all Germans were displaced, and Poles displaced from the territory of the current Ukraine began to arrive to the Lower Silesia.

However, German craftsmen were displaced with delay, often several years later. To 1950s, the house from pictures was inhabited by a German electrician named Arnold, whom Polish authorities did not allow to leave until he passed his knowledge on electricity to newcomers.

In my childhood, Arnold’s House played various functions. On the ground floor, there were animals: pigs, cows, a horse, hens, and on the first floor, there was a dovecote and a storeroom. On one side of the house, it was for spare parts to Ursus, and on the other, for flour, onion, sometimes wheat or peas.
Grandma Greta often called to one of her grandchildren: Kris, Gregor, Lucy pick up a pot of flour from Arnold! 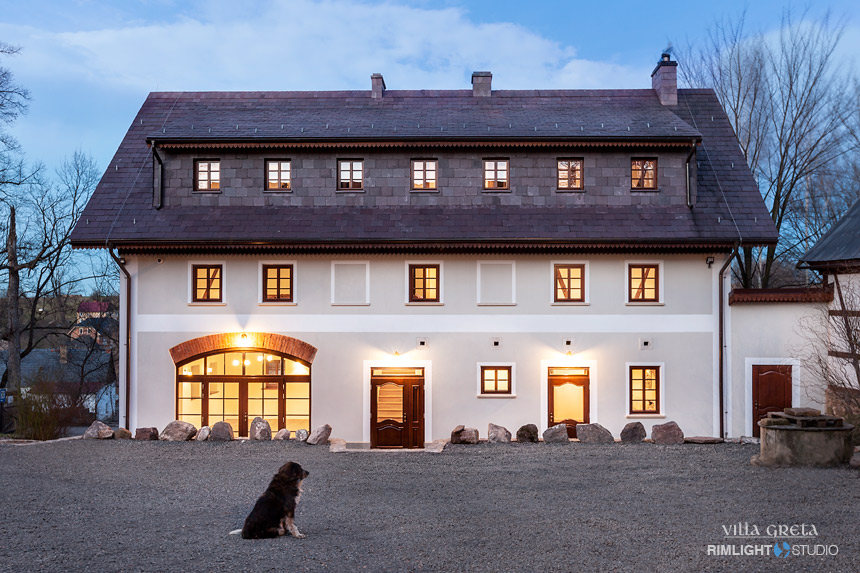 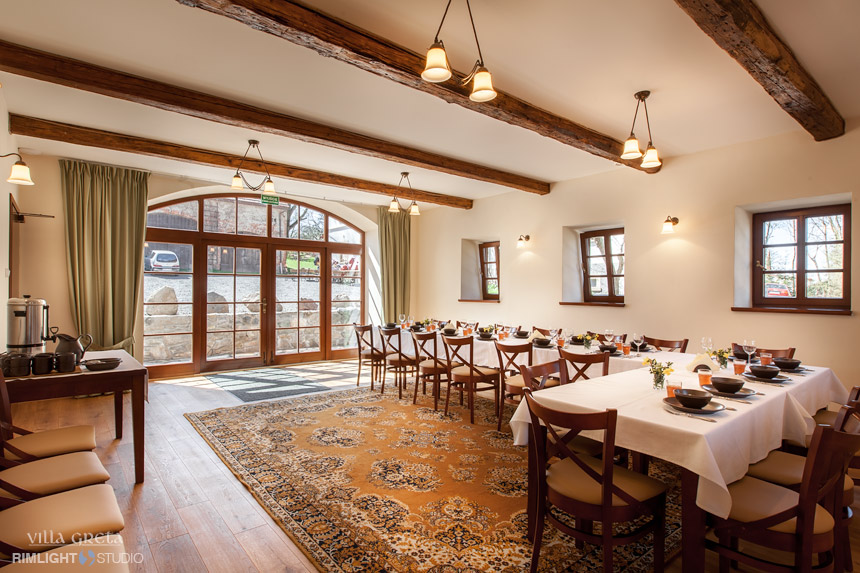 The 42m² banquet and training room. There is a possibility to hire a room. 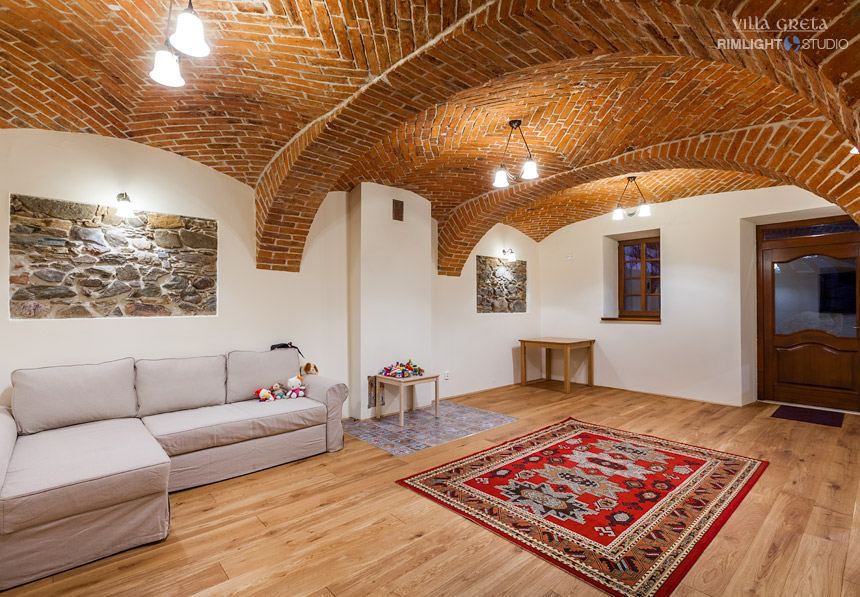 The smaller room at Arnold’s House, dedicated to children :-) 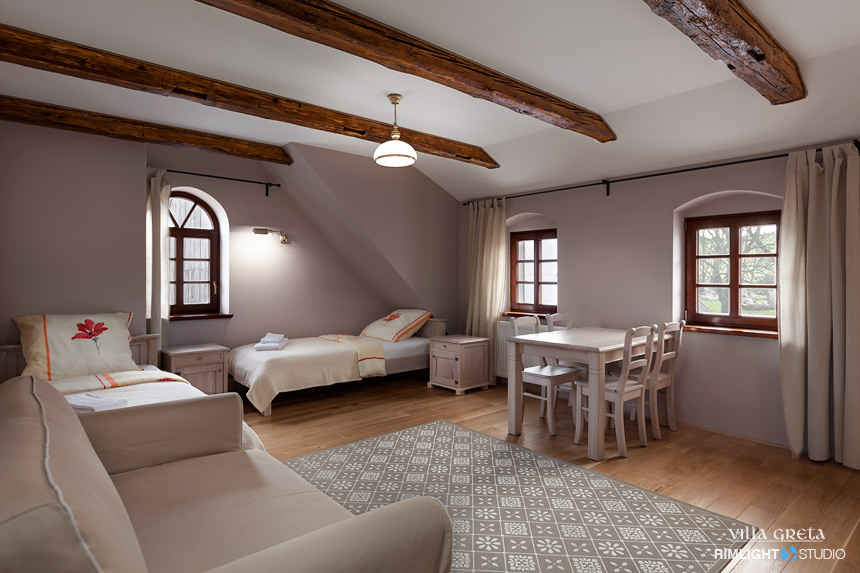 OFFER FOR FAMILIES WITH CHILDREN